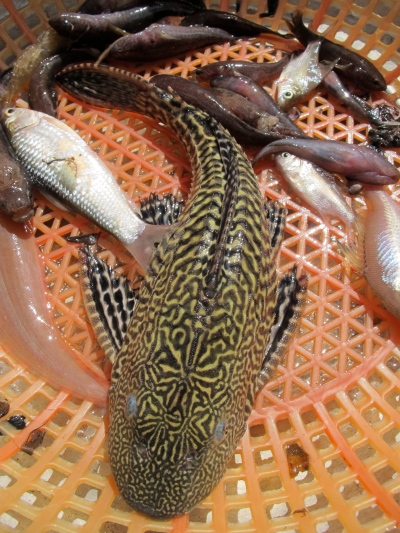 I’m lucky enough to be blogging for FISHBIO while traveling in Southeast Asia, and my first post went online today! Please check it out!

I wrote about one of the Mekong’s more unusual inhabitants: an ornamental fish imported from South America. Here’s an excerpt:

The last thing you might expect to catch in the Mekong River is a fish from the Amazon—but that’s exactly what can happen now. Researchers from Can Tho University in Vietnam use trawl nets and gills nets to survey fish diversity in the Hau River, a tributary of the Mekong, every other month. A recent survey pulled up two different species of sailfin armored catfishes in the genus Pterygoplichthys. Thanks to the aquarium trade, these natives of South America are now comfortably at home in Southeast Asia, North and Central America, and the Pacific Islands.

It’s really quite sobering to see how people can change the species composition and ecology of a natural system by transporting fish all around the world. 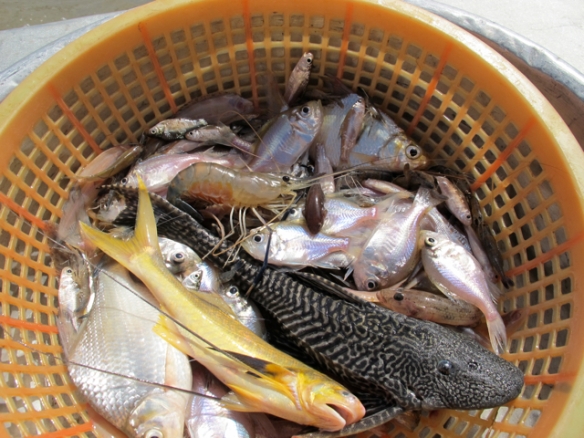